I’m sure you’ve heard the term before, but here are some definitions of mansplaining from the internet.

Mansplain: delighting in condescending, inaccurate explanations delivered with rock solid confidence of rightness and that slimy certainty that of course he is right, because he is the man in this conversation. Example: Even though he knew she had an advanced degree in neuroscience, he felt the need to mansplain “there are molecules in the brain called neurotransmitters”
Mansplaining: The tendency of some men to assume that they know more about any given topic than a woman, even if the topic is her area of expertise.

I’m updating this post (originally from 2014) because what was written is still relevant. This is for any men who have embraced the “know-it-all” culture taught to us by the patriarchy. (See also, every TV sitcom centered around a “wise” sort of “Father Knows Best” persona.) So, if you (or someone you know) wishes to avoid unconsciously mansplaining, keep reading. Here are five ways to avoid mansplaining!

ONE Be quiet. Did anyone ask you? If the answer is no, be quiet. Shutting the fuck up is always an option. Scene: You see two women talking about something. Let’s say you’ve recently watched a documentary or a Ted Talk on the subject of their conversation. Let’s say that they’re *gasp* disagreeing with what you learned in that documentary. (You’ve watched an hour and 40 minutes on the subject just yesterday. You’re now an expert on the matter, right!? Probably not.) Take the time to ask yourself, “How does this affect me?” If the conversation you overhear doesn’t affect you, keep it moving and stay in your lane. Even if it does kinda affect you, will the conversation of two people at some house party change the world? Even if they’re talking about a flat earth or their opinions on vaccines, who gives a shit? Being quiet is less stressful than being right.

TWO Remember that unsolicited advice is (you guessed it) unsolicited. I like to use the phrase, “they’ll figure it out” when I’m watching someone attempt to piece a puzzle together. It’s safe to assume that the person doing the thing is a contributing member to society if they are not locked away in a padded cell. So, with that being said, if this human being that has been functioning in society for 20, 30, 40+ years hasn’t asked for my help or advice I won’t offer it. The one exception, of course, is when someone is about to hurt themselves. If that happens, ask for consent to offer advice. “May I offer a suggestion?” and then wait for an enthusiastic yes before you speak. If they say no, just keep it moving. (You’ll notice a common theme in this post about leaving people alone.)

THREE Read body language. There are many forms of communication. There’s written, verbal, eye contact, and body language (just to name a few). Do you know how to read body language? Take a class at the Learning Annex. Google that shit. Figure it out. I’m decent at it because I’m a lifetime student on the subject. Body language can tell you a lot about whether or not someone wants to be bothered with your unsolicited commentary. If you read them right, you can save everyone a waste of time by keeping your distance and checking your ego. It’s worth mentioning that taking a class on body language is a dangerous path to assumption-ville. As an example, I know a lot of dancers (myself included) that get accused of being cocky because we always walk with good posture, head up, chest out, back straight sort of posture. Self-named experts on body language think they can read minds because they took a class and now mansplain to the masses about what my posture means. When you start mansplaining, watch the body language of the people to whom you speak. Do they seem defensive (arms crossing, when they hadn’t been crossed before) or disappointed that someone has arrived to over talk them (shoulders notably slumping)? If you sense a general shift in energy from a lively conversation to a “Who TF is this guy?” vibe, it’s not them, it’s you (and your mansplaining). There are other cues to seek, just know that you should pay attention to how others seem to receive your presence, mansplaining or not.

FOUR Remember that you don’t know everything. There is a difference between your way of doing things and the right way of doing things. The right way is subjective. There are many ways to get a cat’s skin. Ask yourself, “Am I bothered because that person isn’t doing it the way that I would do it?” Keep asking yourself, “Does that make it wrong?” (Hint: It doesn’t.) I remember sending out an email to my colleagues. One of them started to give me her* opinion on it… before she’d finished reading all of it (more on that later). A second person didn’t even read it because (and this is a direct quote) “it was too long”. He went on to claim that he knew exactly what I had to say based on the subject line of the email. Really? Another way that this can be stated is, “Don’t Make Assumptions”. But, if you’ve already read “The Four Agreements” by Don Miguel Ruiz that wouldn’t be a new lesson. It’s been said that wise people know they still have lots to learn. The arrogantly intelligent crowd won’t hesitate to wear their degree on their sleeve and speak of their ‘higher learning’ as if it actually makes them a better human. Shocking news: A Master’s degree means that you were a good student. It doesn’t (necessarily) mean that you’re intelligent. You know nothing in the grand scheme of life and all of the knowledge there is to acquire. The sooner you accept this, the sooner you will continue learning from the world around you and the less likely you’ll be to mansplain to someone. You don’t know everything. None of us do.

FIVE Ask for permission. There have been times when I had freshly learned something and wanted to tell everyone because I thought it was the greatest information ever! How did I share the info without mansplaining? I asked for permission. A simple, “May I share something with you that I just learned?” will make a huge difference between a mansplanation and sharing knowledge. By stating that I just learned the thing, I’m humbling myself to the person so that they can understand I am not coming from a position of arrogance. Be prepared for “no” to be the answer to a proposition of sharing what you know. No means no, keep it moving and don’t take it personally.

Listen more than you speak. Never stop learning. Your degree in Physics doesn’t mean that you know how to drive a car. Mansplaining isn’t always about men ‘splaining to women. I’ve seen women do it to men (*see the first anecdote in step 4 wherein she tried to share an opinion without all of the information) and every gender combination you can imagine. Mansplaining has more to do with arrogance/assumption than gender. Keep your ego in check. Above all else, seek to understand before attempting to be understood.

Shots of my shenanigans! 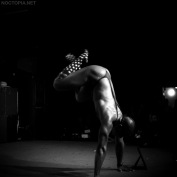 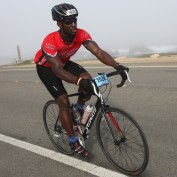 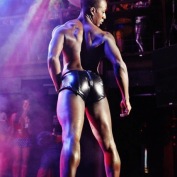 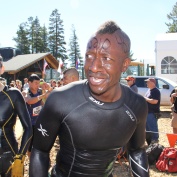 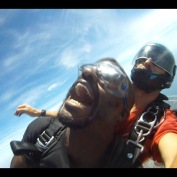 Backstage with Xavier Bailey on the lens. 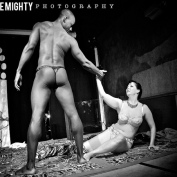